Back in 1978, I heard Paul Harvey present this ode to the American farmer on his radio broadcast:

“And on the 8th day, God looked down on his planned paradise and said, ‘I need a caretaker.’ So God made a farmer. “ Harvey then went on to enumerate challenges farmers face each day: 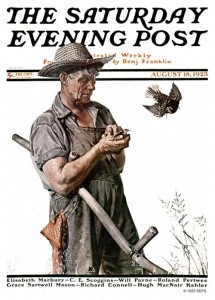 “(And God said) . . . I need some who, during planting time and harvest season, will finish his forty-hour week by Tuesday noon, then, pain’n from ‘tractor back,’ put in another seventy-two hours.” . . . “I need a farmer who will plow deep and straight and not cut corners. Somebody to seed, weed, feed, breed and rake and disc and plow and plant . . . and strain the milk and replenish the self-feeder and finish a hard week’s work with a five-mile drive to church.”

Before moving to Caswell County 20 years ago, my idyllic, romanticized notions of farm life were informed by stories past and present: the biblical Garden of Eden, the poetry of Robert Frost, the writings of Henry David Thoreau, Elliot Coleman, and Wendell Berry.

It wasn’t until I met R.L. (Bob) Watlington and worked with local farmers at the restaurant that I realized that farming is both a precarious and complex occupation.

Although I plant in order to have veggies and herbs for my culinary classes (and for the joy of playing in the soil), there has been one additional unexpected development—the realization that recreational gardening and farming for a living are not the same thing.

Now, at the farmer’s market, when I see tomatoes marked at $2 a pound, I don’t balk. Growing tomatoes is an act fraught with hazards.

These were my thoughts this morning, as I mowed, weeded, and harvested vegetables and herbs. I glanced over at my grandson’s raised bed to see that the deer had eaten his pole beans and rabbits consumed most of his sungold tomatoes.

Although my own beds were filled with plenty of basil for pesto, drought stress and moisture fluctuations had resulted in some tomatoes developing blossom end rot. The Japanese eggplants weren’t fairing too well either. Even my dill and tarragon couldn’t seem to handle the heat.

Years ago, I assisted Bob Watlington planting and fertilizing his ambrosia cantaloupes. The fruit was beautiful; their aromas intoxicating. However, one morning, when we went to pick them, we found that the d—n crows had pecked holes in nearly every melon.  If Bob’s livelihood had depended on that crop of melons, he would have gone broke.

Every growing season farmers face a wide range of catastrophes that potentially can destroy their crops and livelihood: drought, floods, disease, wind, deer, crows, rabbits, voles, and groundhogs, just a name a few. The work is hard; the rewards few, and yet farmers continue to work the land. Why?

This spring, Wendell Berry wrote an essay on “Farmland Without Farmers,” describing how machines have replaced farmers in the industrial agricultural landscape of the Midwest.

On family farms, he writes, “The economic life of the place is itself the primary country pleasure. As one would expect, not every day or every job can be a pleasure, but for farmers who love their livestock there is pleasure in watching the animals graze and in winter feeding.” 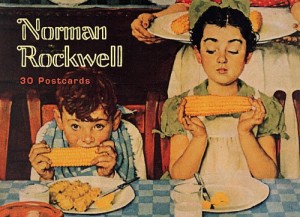 “There is pleasure in the work of maintenance, the redemption of things worn or broken, that must go on almost continuously. There is pleasure in the growing, preserving, cooking, and eating of the good food that the family’s own land provides. But around this core of the life and work of the farm are clustered other pleasures, in their way also life-sustaining, and most of which are cheap or free.” These include, at least in Caswell County, hunting, fishing, foraging, camping, walking, and playing.

Let’s hope that family farms survive the twenty-first century. They are an integral part of America’s success story, along with the public library, baseball, and the Statue of Liberty.

On the Fourth of July, let me wave my little red, white, and blue flag in honor of American farmers, especially those living here in Caswell County, who have provided for citizens since the founding of this country. 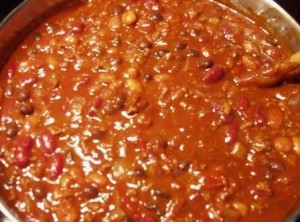 Husband Pleasin’ Beans. This is a quick and easy dish for your July 4 BBQ. The recipe was adapted from a 1960s Betty Crocker Cookbook (thus the name).