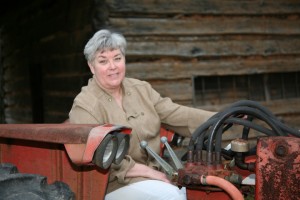 Lucindy received an M.A. in English Literature from NCSU and her Ph.D. from UNC-Greensboro in Victorian Literature. After retiring from the English Department at North Carolina State University, she embarked on a new career as chef at the Yancey House Restaurant from its opening in November 2005 until May 2011 when she left her husband and the restaurant to become chef emerita and retire to her farm at Terrapin Cove in West Yanceyville.

Lucindy brings to her cooking classes a love of teaching and a passion for food and gardening. She also offers a relaxed, woodland setting on Farmer Lake in Yanceyville, NC in which to explore your own culinary interests and rejuvenate your palate.